Fall trip to the romantic Prague 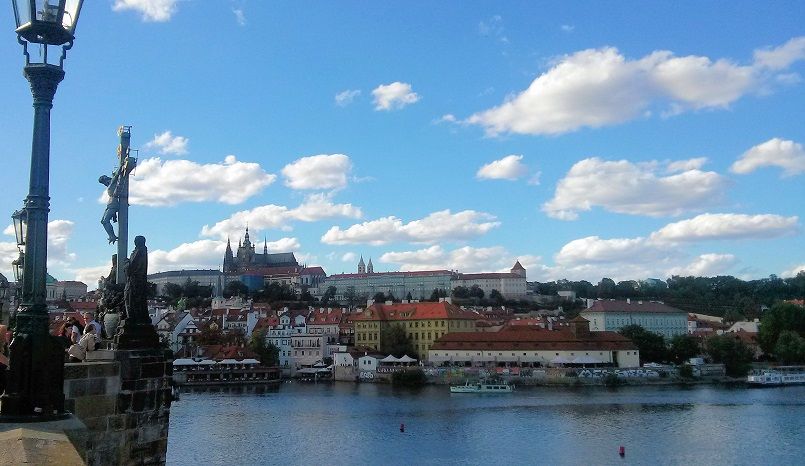 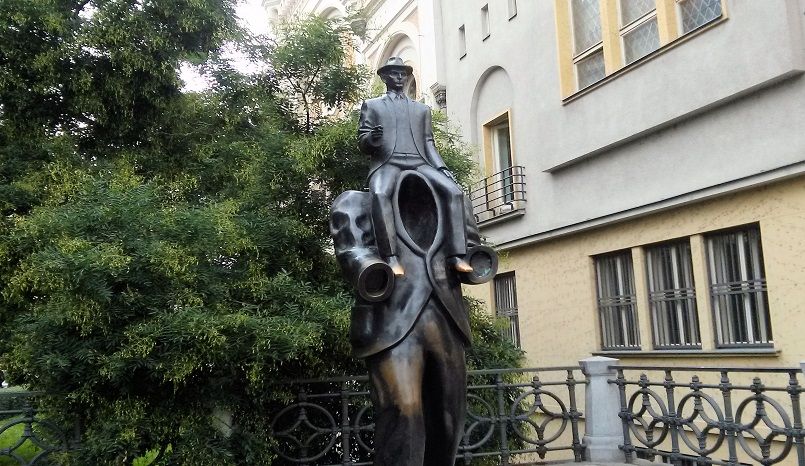 We are already immersed in the Christmas spirit, beginning to receive congratulations and postcards and seeing how many people express their own thoughts through the social networks when the year is about to end. For some, it is sure a good time to get away too and celebrate Christmas abroad. If this is your situation, today I bring you an ideal destination to get away a few days, the city of music, the city of 100 towers, the Bohemian city: Ahoj Praha! Hello Prague!

In September I went to Prague in an express 3 days trip, but a very intense one. My cousin Ainhoa and me were able to discover the essence of the Czech city, its people, its hidden corners, the most authentic places, the world’s largest dog … it was an experience of senses. So I have been unable to reduce the number of photos, I tried to make a pre-selection not to get you bored, but all seemed beautiful to me and necessary for you to understand the magic this city has. 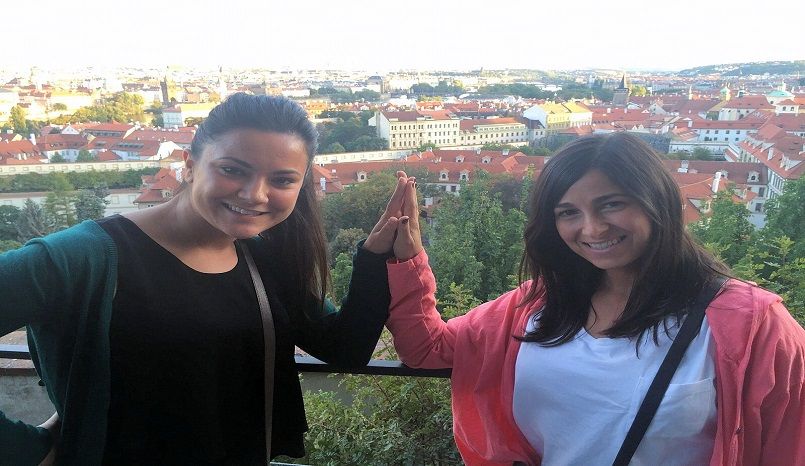 I also want to tell you, I am not going to explain demographic data, which we all know or can easily find on the Internet. In this post I am going to transmit you my feelings so you can see first hand all this city has to offer. 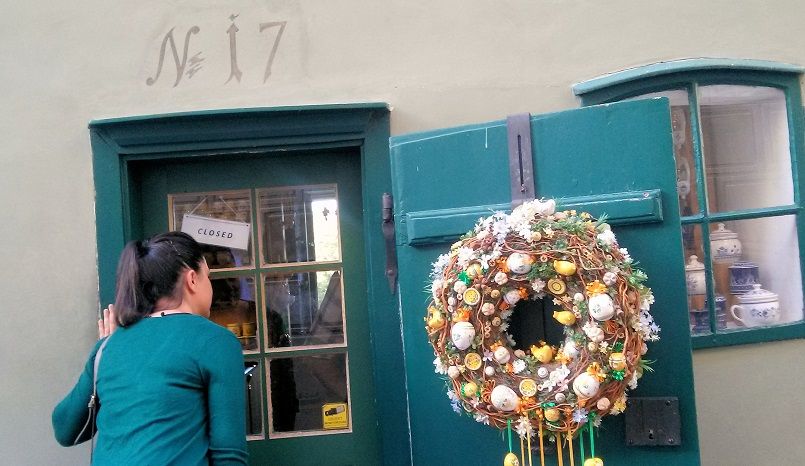 We were very lucky since we arrived, and we met Prg Tours, a group of young Spanish people who have come together to offer Spanish-speaking guides with a very cool philosophy. I like visiting cities on my own, but I have to say that these guides hooked me. Each and every one of them won us over by their pleasant way to explain the story with interesting details and a funny way point too. So a 10 for them and super recommended option if you go to Prague; remember they are the ones holding purple umbrellas.

Prague is a city you have to walk and walk again, it is relatively small and the distances can be done on foot. One of the most charming areas is the oldest part, known as Stare Mesto, where you find medieval buildings such as the Powder Tower, the Church of Our Lady before Tyn and the popular astronomical clock, which rings at o’clock and attracts thousands of tourists to see the walk of the Apostles. To sit in the Old Town square and have a beer while watching the people going by and listening the sound of street musicians, is to experience the city. 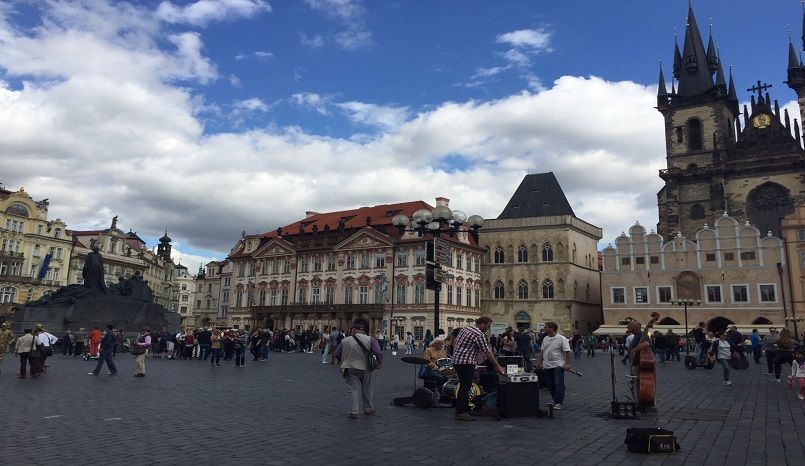 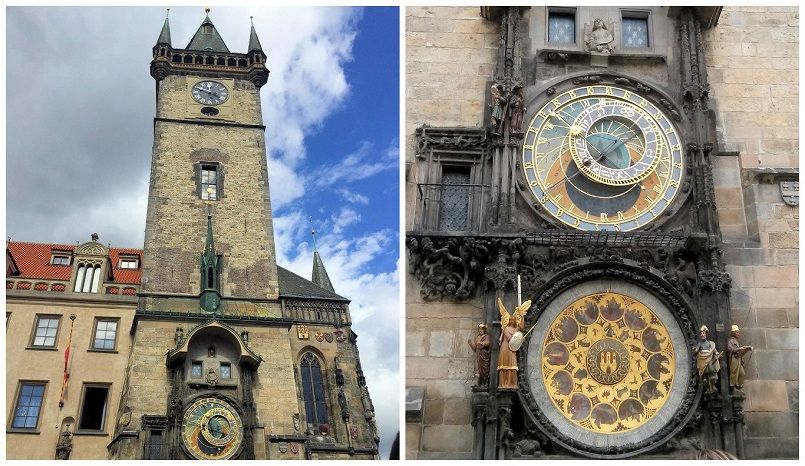 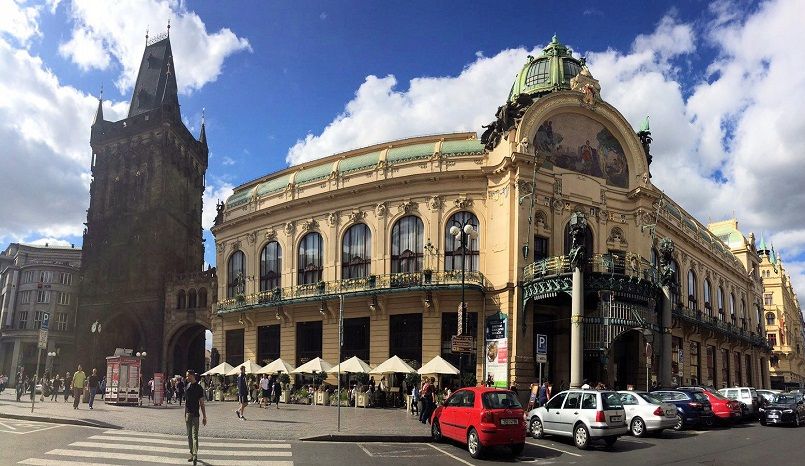 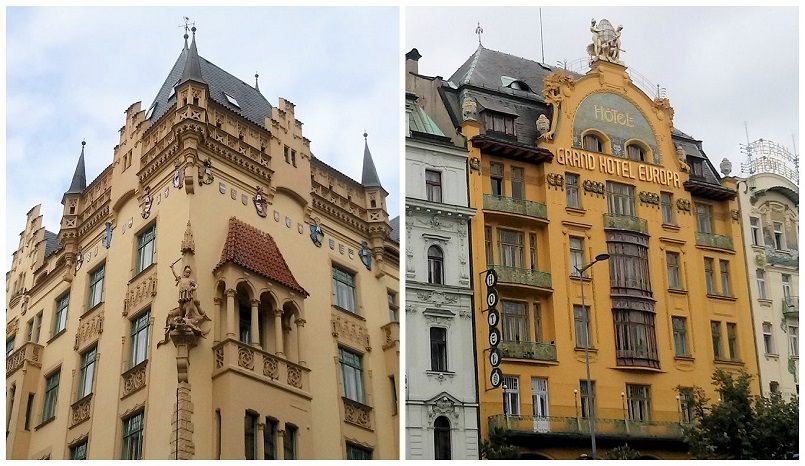 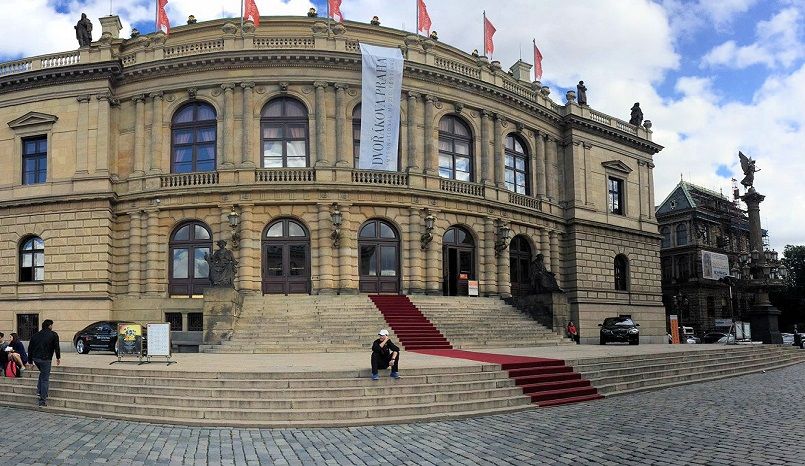 But there are also modern buildings that make a lot of contrast, as the Dancing House by Frank Gehry or the colorful metro stations. 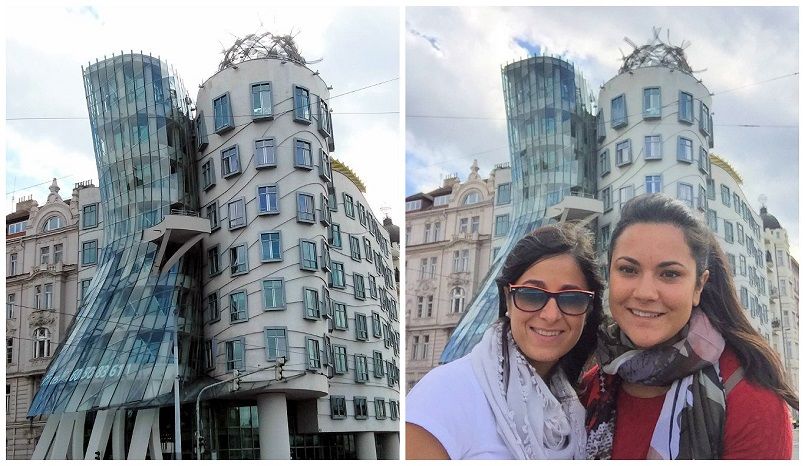 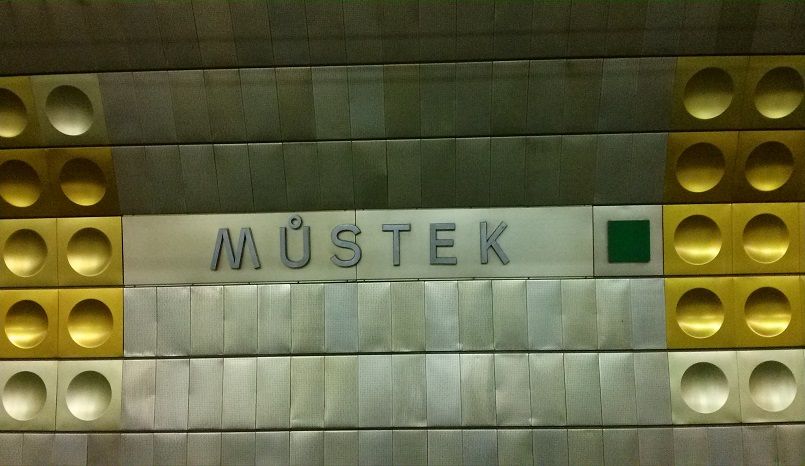 To understand the history of Prague, you have to see Josefov, the Jewish quarter; an emotionally tough visit because you see the cruelty of the situation that lived thousands of Jews during the Nazi persecution. In the Jewish cemetery and the museum where the names of the Jews who perished are written on the walls, only silence was heard. 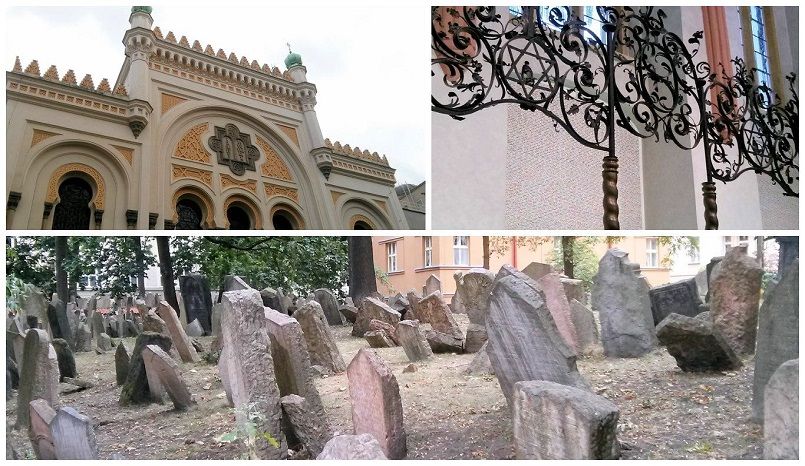 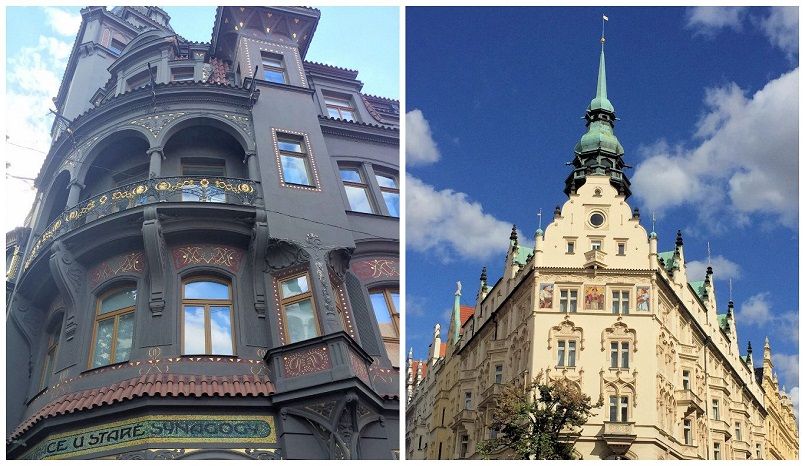 We also visited several synagogues and the luxurious Spanish mosque. Right next to it, it is the Monument to Franz Kafka depicting his most famous work, Metamorphosis.

Near the Old Town Square, you can also find the house where the Czech writer was born. In the evenings, they make a light show that illuminates it, while a saxophonist plays music: are you already feeling the magic of Prague? 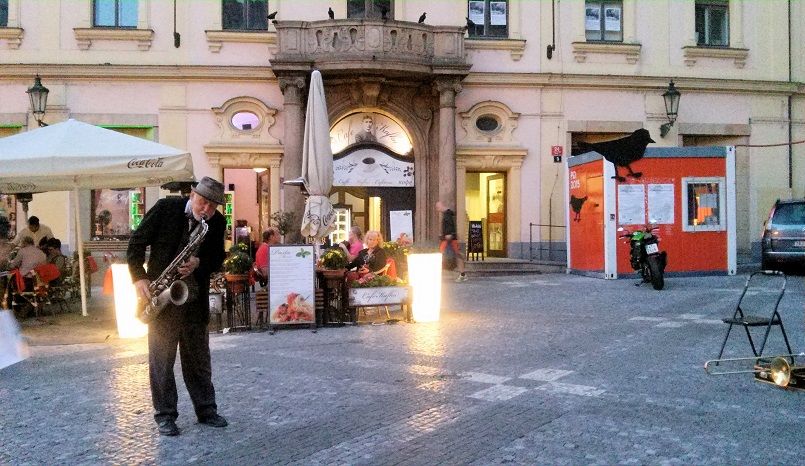 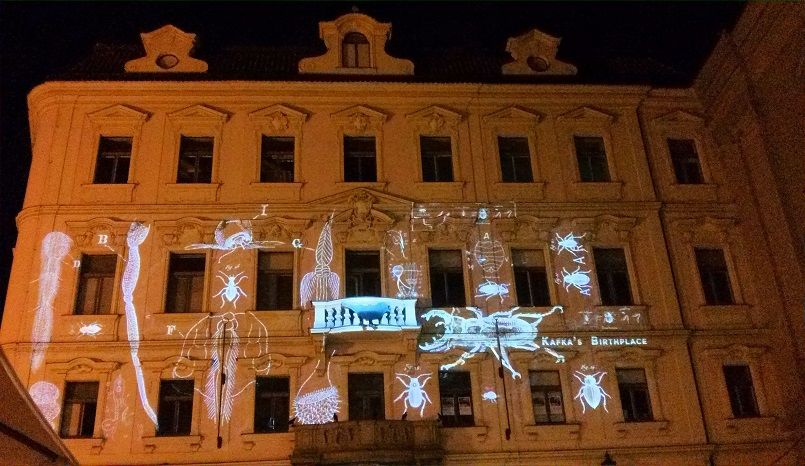 In the district of Mala Strana you can find the famous Lennon Wall, where everyone wants to leave his memory. It is odd because the Beatles were never in Prague, they were barred during the communist regime and the people, in protest, began to write their songs on this wall. Hence, it is known as the wall of freedom. 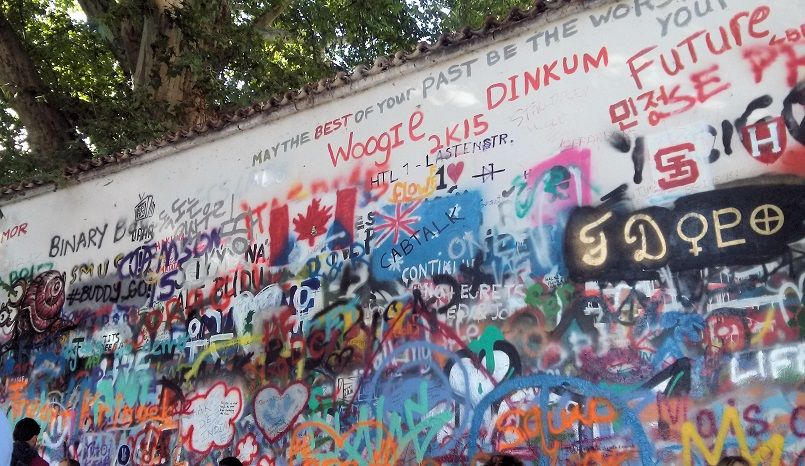 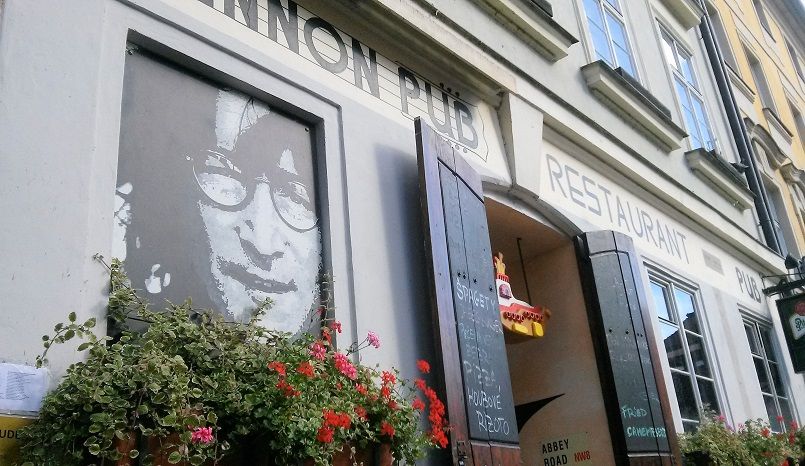 I have to confess it, sometimes I see brides and grooms hihihi… There were several couple in St. Vitus Cathedral, who had married and were making the wedding pictures, so I could not resist to capture that moment. From Prague Castle, we could also enjoy the best views of the city, a feeling of immense peace. 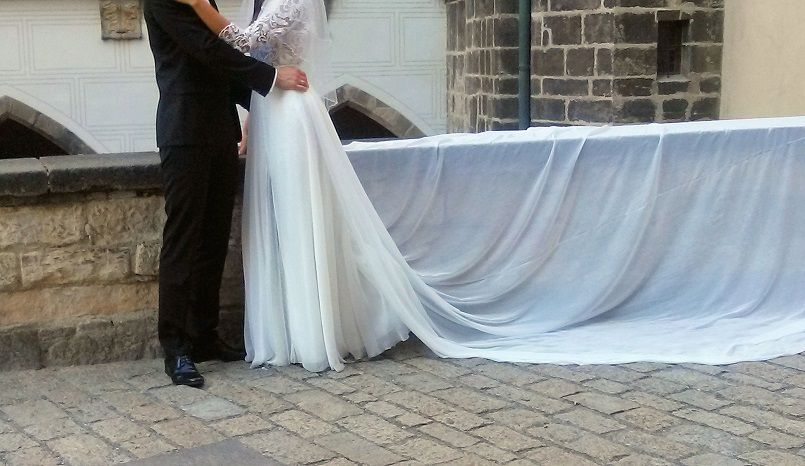 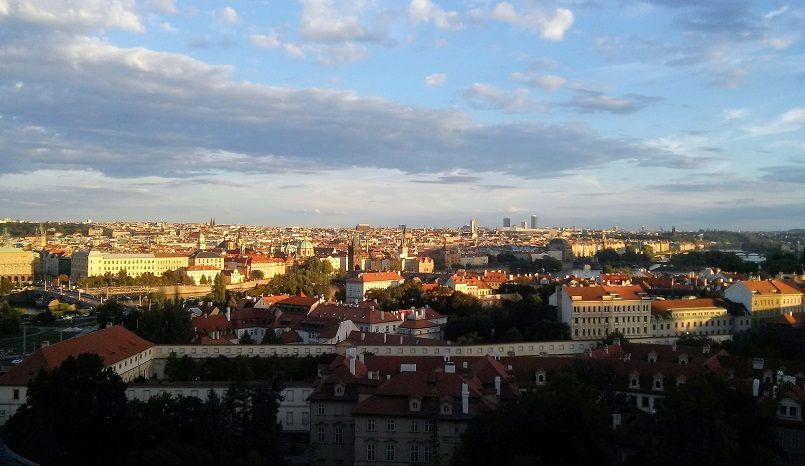 And along with this romantic vein, it seems that today, there is no city that does not have its bridge full of padlocks closed for couples who have made love promises and throw the key into the river, as proof of their love. 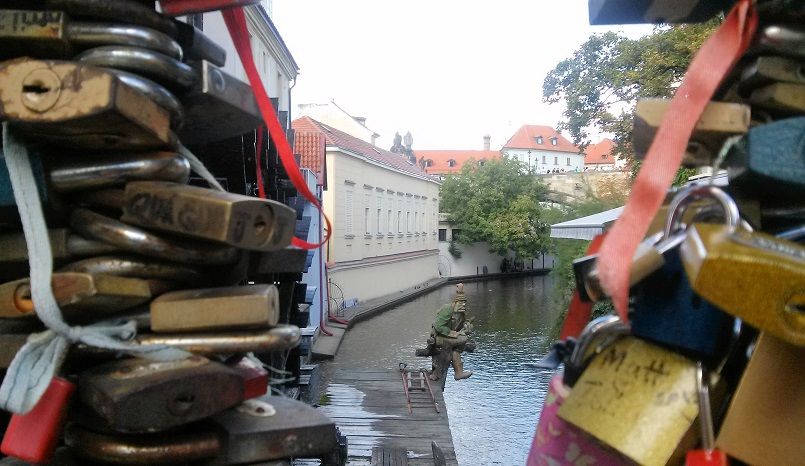 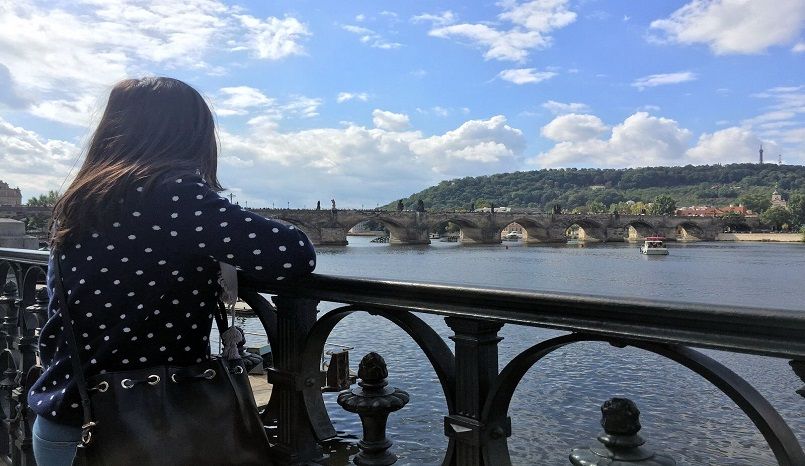 Prague at night certainly deserves to be discovered, its lighted streets, the reflecting lights on the Vltava River, the Charles Bridge’s music … Here we lived a #berezimoment when a young guitarist was playing Yesterday and all the public followed and began to sing in unison, us included, the Beatles’ song.

Did you know that Prague is the city where most beer is consumed in the world? We learnt this and many other things in the Beer Tour with Prg Tours. It consisted of a tour of typical Czech beers testing as we heard interesting anecdotes about the history of the hop drink. Oh, remember this sentence because you will need it: Na zdraví! other way said: Cheers! 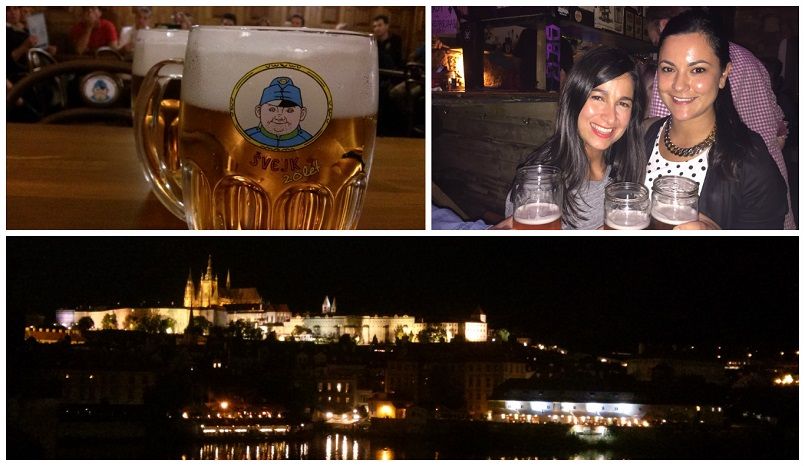 I can forget this country’s gastronomy neither; you can eat very well and cheaply. Taste the beef goulash and baked ham, accompanied by a rich Pilsner Urquell. Or try the trdelnik; a cake flavored with cinnamon, which is made at the moment and it is delicious. Eating on the street is a good option to save time, because the service is quite slow in the restaurants. Another must is the flea market in Havelská, where artisans sell flowers, souvenirs, puppets, etc. 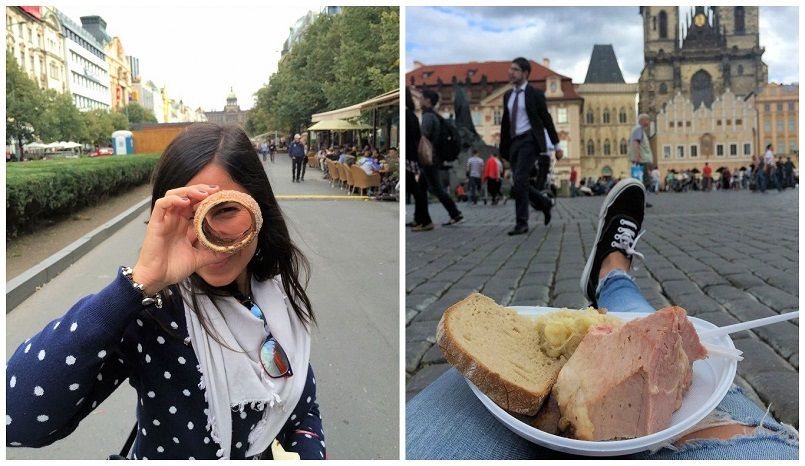 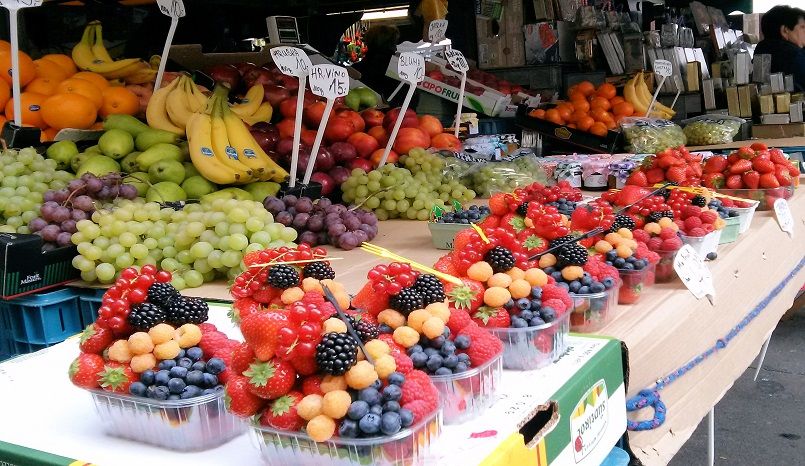 My advice is to let yourself go to discover the magic of this city. And I want to finish this sentence I found in the last post of Lovely Streets:

Don’t keep still. Don’t let the days pass you by.
Don’t live your life thinking about the experiences you would like to have. Don’t deny what you really want to do is to travel. And do it.

Have you ever been to Prague? What is the attraction you enjoyed the most? I will be very happy to read your experience!

All pictures are made by Berezi Moments and the best fellow traveler: Ainhoa Martínez. You can find more pictures of this trip on my Instagram using the hashtag #berezienpraga. 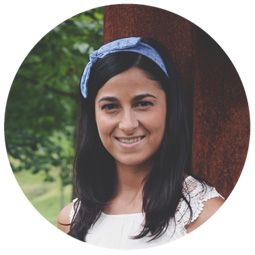 This is my escape window, through which you will discover bits of my life, what I like, what inspires me, what I love ... Weekly I will tell you my experiences and experiences, I will write about weddings, decoration and Of course, I will also be happy to read your comments.

Do you want to enjoy your berezimoment?

No images found!
Try some other hashtag or username